Key Points from the September Survey 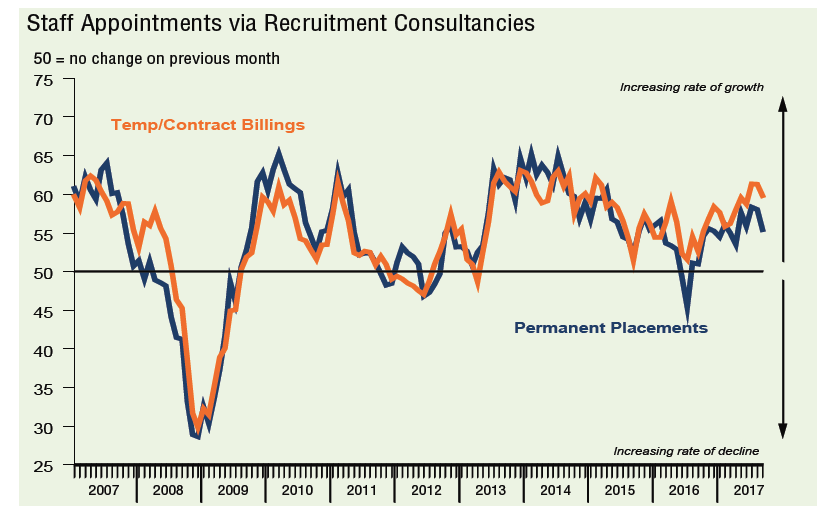 The number of people placed into permanent job roles continued to increase in September, stretching the current sequence of growth to 14 months. Though solid, the rate of expansion was the slowest recorded since April. Evidence indicated that strong demand for permanent staff across both new and existing clients supported the latest upturn. However, there were some reports that a lack of suitably skilled candidates had weighed on overall growth.

On a regional basis, growth of permanent placements was the most marked in the Midlands and the South of England.

There has been a further sharp increase in demand for staff. Steep growth of demand was signalled for permanent staff during September.

Data from the Office for National Statistics (ONS) indicated that job vacancies rose by 3.2% year-on-year in the three months to August. This was down only slightly from a 3.5% increase in the preceding three months. 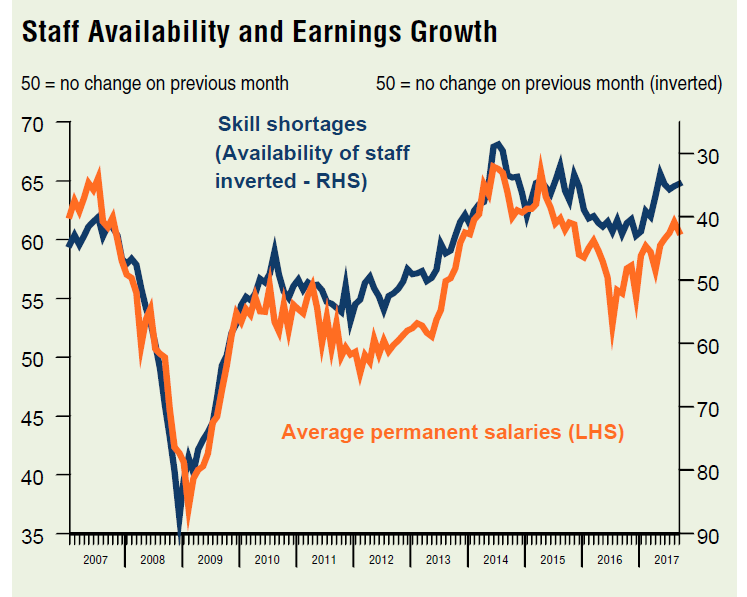 The availability of permanent candidates continued to fall sharply in September. Notably, the rate of reduction was the most marked for four months.

The South of England continued to record the steepest drop in permanent candidate numbers, though all remaining UK regions also saw sharp rates of contraction.

Although the rate of salary growth softened since August, it remained sharp overall. Evidence indicated that a shortage of suitable candidates had placed upward pressure on pay.

The South of England saw the steepest increase in permanent starting salaries of all monitored UK regions, followed by Scotland.

Latest labour market data published by the Office for National Statistics (ONS) indicated that there were 774,000 job vacancies for June to August 2017. This represented an increase of 24,000 compared to the same time last year.

The official numbers back up the strong increases in staff demand. Notably, the ONS data indicated that the number of job vacancies in 2017 have exceeded any level since the series began in 2001. Vacancies broken down by sector revealed that the vast majority of unfulfilled roles (687,000) were in the services sector.

“The above trends highlight that it is becoming increasing difficult to fill vacancies for permanent roles. The shortage of suitable candidates has in turn triggered increased pressure on salaries.”

“The struggle to recruit for permanent places, particularly in the financial sector, resonates throughout the UK; London, however, has been hit the hardest and placements have declined for the first time in eleven months.”

Key points from the survey:

“Hiring remained slow but steady during December, with businesses and candidates keen to complete negotiations before Christmas. We are beginning to see a shift away from short term, low risk hiring, with demand for permanent staff outpacing that for temporary workers. This indicates businesses’ confidence is steadily solidifying, leading to an increased willingness to make long term investments in their workforce.”

The number of people placed in permanent jobs continued to increase in December. After accounting for expected seasonal factors, the index signalled that the rate of expansion remained solid, albeit slower than in November. Panellists commented on rising demand for staff and robust client confidence as factors underpinning the latest increase in placement volumes.

The South posted the fastest growth of permanent staff placements in December, while the slowest rise was seen in London.

…Stronger rise in demand for staff

Vacancies increased at a sharp and accelerated rate in December. Demand for permanent staff continued to rise at a faster pace than that signalled for short-term workers.

The strongest rise was seen for IT & Computing workers with Executive/Professional and Accounting/Financial staff just behind.

The availability of candidates to fill permanent roles continued to decline in December. Although remaining sharp, the rate of deterioration eased since November. Lower permanent staff availability was recorded across each of the four monitored English regions, with the sharpest drop seen in the Midlands.

Temporary/contract staff availability fell further at the end of 2015. Although easing from November’s 18-year record, the rate of deterioration remained considerable. Mirroring the trend for permanent staff, the greatest reduction was seen in the Midlands.

Salaries awarded to staff placed in permanent jobs increased further in December. However, the rate of growth was the slowest in over two years. Around 21% of panellists reported higher salaries in the latest survey period, compared with approximately 6% that signalled a fall. Those panellists reporting higher salaries generally cited competition for scarce candidates.

So why isn’t headline pay growth accelerating? It’s not because the average worker who stays in their job feels too insecure to ask for a pay rise. A survey of households in December showed job insecurity at the lowest since data were first collected in 2009. The possible answer is that the renewed weakness of pay growth reflects annual pay reviews that are linked to inflation. With inflation around zero, and even negative in some recent months, it’s not surprising that pay reviews are having a dampening effect on wage growth. However, in some sectors, notably construction where there tends to be a high turnover of staff and where skill shortages are acute, the effect of the tightening labour market is more than offsetting the weakness of annual pay reviews, and average pay growth has accelerated in recent months. 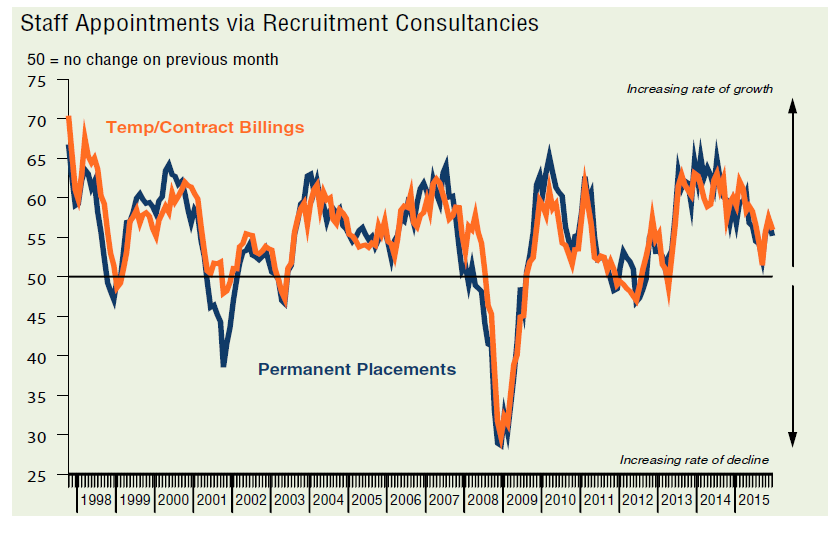 7% – Fall in China’s CSI 300 index on Monday, triggering newly-introduced “Circuit-Breakers” that halted trading for the day

21% – Rise in mortgage approvals year-on-year in November, according to Bank of England Figures

105,153 – Signatures backing a campaign to ease the transition for women affected by increases in the women’s state pension age (figure correct at time of original writing)

£615m – Amount by which Government has undershot its tax avoidance revenue raising target, according to the Office for Budge Responsibility.

“I would be worried if we went back to the bad old days” – Independent pensions expert Alan Higham on the prospect of a return of commission-like charging structures.

0.44% – Charge for the eVestor robo-advice service to be launched next year by Paradigm founding partner Anthony Morrow and Moneysupermarket.com co-founder Duncan Cameron

20bps – Typical cut to AMCs after Standard Life Investments stopped paying trail on mutual funds. Trail was paid at either 25 or 50 basis points.

£50m – Government estimate on the level of increased costs faced by employers and pension schemes due to the lifetime allowance cut from £1.25m to £1m in April.

“We could have taken Commission upfront and filled our boots” – Almary Green managing director Carl Lamb hits out at firms considering stopping trail commission on a non-platform basis.

Legal News From the IRP:

The Department for Business, Innovation and Skills (BIS) published the five year summary of the Lord Davies (Women on Boards) Review 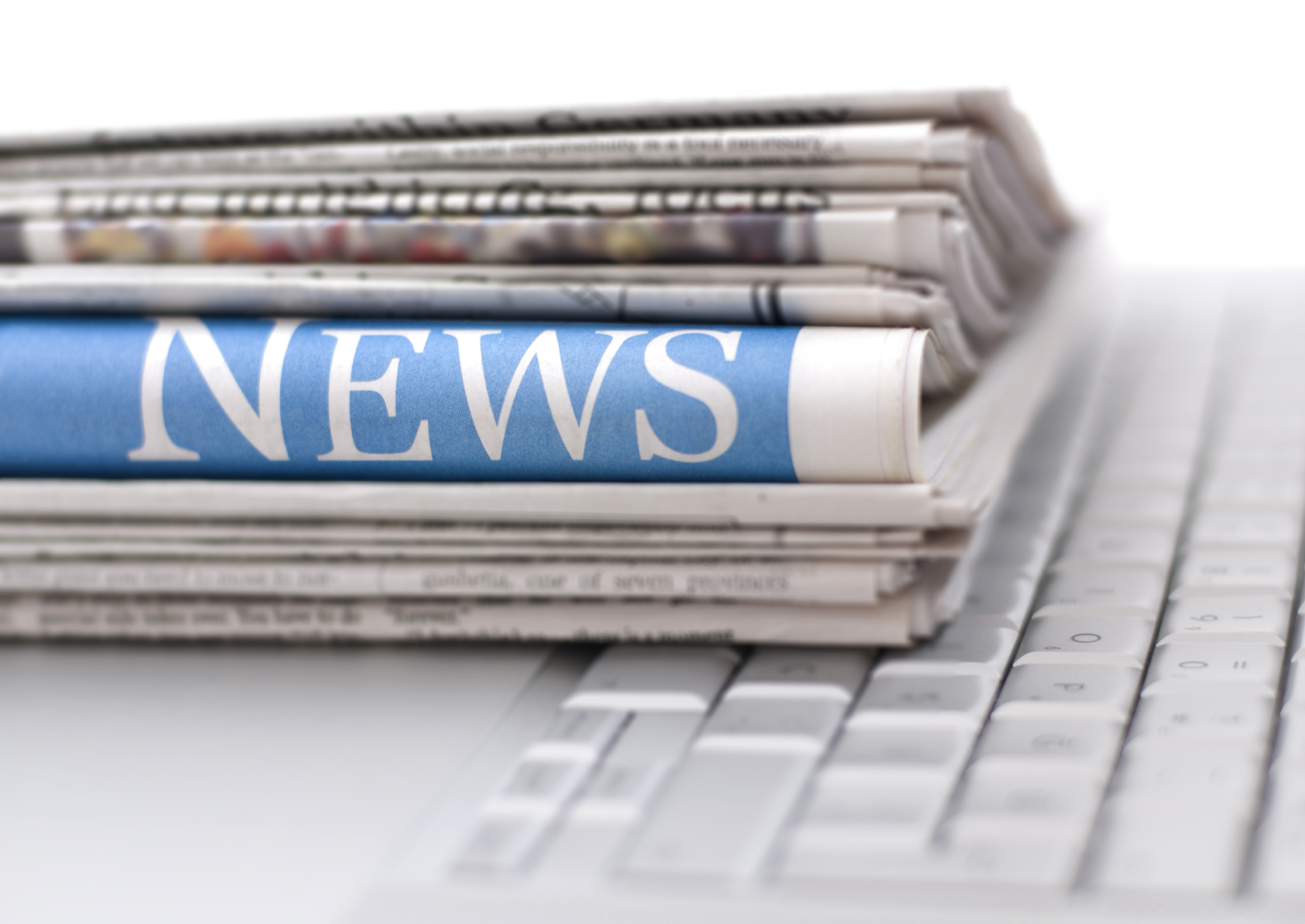 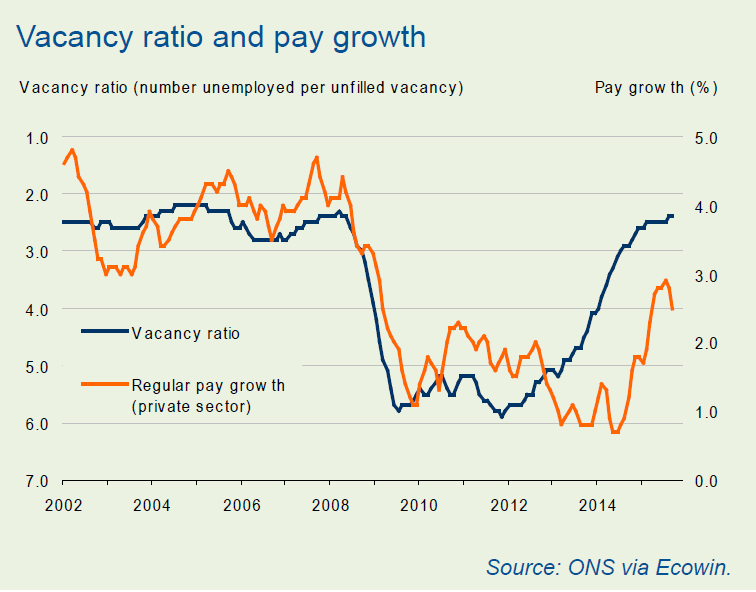 with plans to expand the scheme

£16m – Paper loss made by Neil Woodford on investment in Northwest Biotherapeutics. Woodford has called for an ex-FBI agent to be appointed as non-executive director

£150k – Current compensation limit for FOS claims. The FCA last week suggested the limit may need to be raised

“We need more advisers and something will have to be done to look at where those people are coming from” – Apfa director general Chris Hannant on the first significant upward trend in adviser numbers since the RDR.

5 – Number of organisations that should merge to become a single trade body, according to a review chaired by former Ofcom chief Ed Richards. The list includes the CML and the BBA

99 – Number of companies that have defaulted on their debt this year, according to Standard & Poor’s. Global defaults are at their second-highest level in a decade

7 years – Length of time but-to-let lender CHL Mortgages has been out of the market. It is understood it will start lending again early next year

20,000 – Number of RBS branch staff who will have their cash bonuses scrapped under plans to reduce misspelling risks

Quote of the week: “Issuing new staging dates to people who have already had them would cause mayhem” – Former pensions minister Steve Webb on the risks of delaying auto-enrolment for small firms.

The Week in Numbers – 17th November

24% – Proportion of calls not answered by HMRC staff. MPs have criticised the tax office’s performance calling it “completely unacceptable”

£733,794 – Payout minus bonus and redundancy payment Partnership chief executive Steve Groves will receive when the provider merges with Just Retirement

Quote: “If we didn’t have Pension Wise, everyone would just go to their provider, and we know what they are like” – Pensions minister Ros Altmann argues it is in advisers’ and consumers’ interests to boost the take-up of guidance