Key points from the January survey: 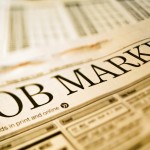 Permanent staff placements continued to rise in January, but the rate of expansion eased to a 20-month low. Temp billings growth moderated slightly to the least marked since October 2014.

…despite accelerated rise in demand for staff

January data pointed to a faster increase in demand for staff, with the overall level of job vacancies rising at the strongest rate in three months. Sharper growth of both permanent and temporary vacancies was recorded.

Average starting salaries for people placed in permanent jobs continued to rise at a marked pace in January, with the rate of growth quickening to a four-month high. Temp pay also increased further, but the latest rise was the weakest in nine months.

The availability of staff to fill permanent job roles fell further during January. The rate of deterioration was marked, despite easing to the slowest for a year. Temporary/contract staff availability meanwhile fell at the weakest rate in 11 months.