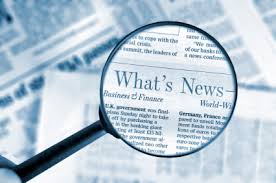 In Morris-Garner v One Step, the defendants were the founding director of a company and her partner.  The company had been founded in 2002, but in 2006, in secret, the defendants incorporated another company. They then resigned from their positions with the original company and agreed to non-compete and non-solicit restrictive covenants.  The new company began trading in 2007, an​d in 2012 the original company sued for breach of the restrictive covenants.

The starting point with any restrictive covenant is that they are unenforceable as they restrain the employee’s right to trade.  However, if they are drafted no more widely than necessary for the purpose of protecting the employer’s trade secrets and confidential information, connections with clients or stability of the workforce, they may be enforceable.  The more senior the employee, the more likely are the courts to consider the covenant reasonable. We were reminded in March this year of courts’ unwillingness to enforce such terms (Bartholomews Agri Food v Michael Thornton); an interesting feature of that case was that even if the restrictive covenant had been reasonable when the employee resigned and started working for a competitor, it had been totally unreasonable when agreed 18 years previously at the start of his employment as a trainee in the field.  An action point from that is that the employer would be wise to review its contracts occasionally.
In Morris-Garner v One Step, the first defendant didn’t even argue in the High Court that the covenant was unenforceable.  Her partner did, claiming she was a mere employee – the court gave that short shrift, as it was clear that the reason for the agreement was that she was the first defendant’s civil partner and later her business partner.
The reason why this case is interesting, and useful for employers, is the remedy awarded by the court.  It would have been inherently difficult to identify any particular loss suffered by the company on account of the breaches of the restrictive covenants, so the court awarded what is called (after the principal case on the matter) “Wrotham Park damages”: the amount which the company might reasonably have demanded for releasing the defendants from the restrictive covenants before they began in competition.  Wrotham Park damages had been seen as a highly exceptional remedy.  This case has blown away that exceptionality requirement.
Employers should take care with restrictive covenant, especially in the drafting.  But as this case shows, employers need not forget about them entirely, and if breached there may be useful remedies.
Share this page:
Categories: Employment Law
| Tags: Employment Law, Recruitment Legal News