October data signalled a further increase in permanent staff placements. Growth was solid and the sharpest in four months. Around 41% of panellists reported higher placements, citing robust demand for staff. Temporary/contract staff billings also rose at a faster pace, with the rate of expansion at a three-month high.

…underpinned by robust demand for staff

Vacancies continued to rise at a marked pace in October. Growth of demand for permanent employees remained sharper than that for temporary/contract staff. Growth also remained considerably stronger for the private sector rather than the public. Accounting/Financial remained the most sought-after category for permanent staff in October.

Permanent staff salary growth remained strong in October, and was similar to the rates seen during the third quarter. Temporary/contract staff hourly pay increased at a solid pace, albeit slower than that seen for permanent salaries.

Data from the Office for National Statistics signalled that average weekly earnings across the UK rose 2.5% year on-year to £580 in the second quarter of 2015. The East Midlands posted the strongest annual rise, up 11.3% to £547. The sharpest fall was seen in the South West, where average weekly earnings were down -1.9% on the previous year to £550.

…as candidate availability continues to fall

The availability of staff to fill permanent job roles fell further in October. Although easing to the slowest since January, the rate of decline remained sharp. Temporary/contract staff availability also decreased markedly, and at a slightly faster pace than in September. Around 36% of panellists reported lower permanent staff availability, three times the proportion that noted a rise. Permanent candidate availability fell in each of the four monitored regions, with the sharpest drop signalled in the Midlands.

Latest data from the Office for National Statistics showed that the UK unemployment rate dropped to a seven-year low of 5.4% in the three months to August.

There were 1.77 million people out of work in the latest period, down 79,000 from the previous quarter. The decline in unemployment more than reversed the increases seen in each of the previous three survey periods. 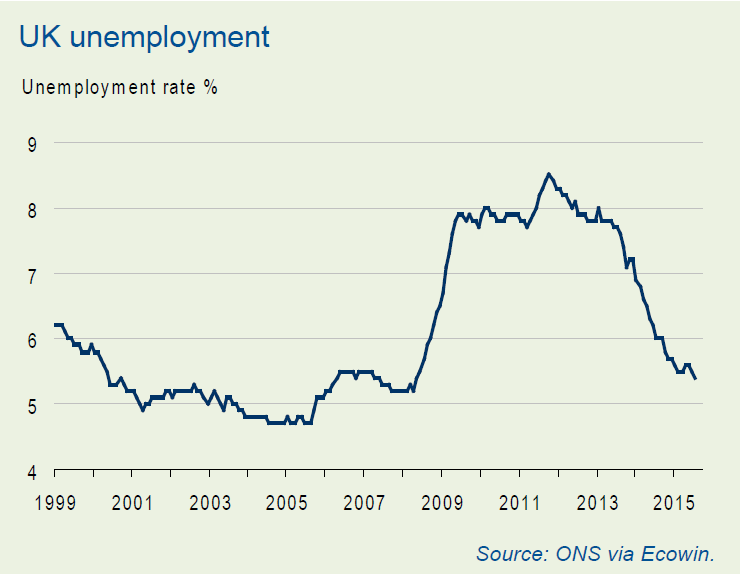