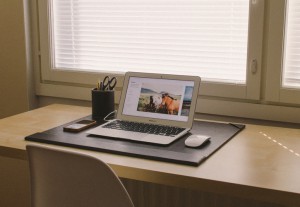 It is common for many employees to send, read and reply to work emails at all hours of the day and night, including weekends. This change in work culture developed in recent decades and has accelerated with the advent of smartphones. But is this a breach of employment law? The short answer is that ‘it depends’ and we need some test cases to clarify the situation, not least in the UK.

Some workplaces have a culture of long working hours and it can be difficult for an individual employee to go against it. The contract may refer to a 40-hour week but the reality may be very different. Smartphones and other digital devices have contributed to a culture of ‘digital presenteeism’.

Staff may feel that, if they don’t keep up with the always-on culture, their job may not be safe. It doesn’t help when senior people talk up their own commitment to long hours. Perhaps it made some workers at the University of Cambridge uncomfortable recently when Professor Mary Beard tweeted that she works 100 hours a week, for instance.

The employment relationship is contractual so, in principle, there is freedom to contract as both parties see fit. But many regulations limit this freedom, usually to redress a perceived imbalance in the bargaining power between employers and employees.

The EU Working Time Directive, introduced in 1993 and revised in 2003, specifies that an employee’s average weekly working time should not exceed 48 hours. It also contains requirements on daily rest periods, weekly rest periods and annual holidays. Member states can decide that aspects of the working-time rules do not apply to workers who decide their own working hours.

The directive was grounded on principles of health and safety at work. It is obviously unsafe for workers, such as drivers or medical staff, to have long working hours, as they are more likely to make a mistake if they are tired. But long working hours are unsafe for all workers, as they may contribute to stress, burnout, fewer opportunities for exercise, poor diet and in some cases heart disease.

In the case of employees who work to a set schedule, perhaps with ‘clocking in and out’ systems, it is relatively easy to check whether the 48-hour limit is being breached. Many employers do not keep records of hours worked by salaried employees, however.

In a recent case brought from Spain — Deutsche Bank (2019) — the European Court of Justice held that to satisfy the Working Time Directive, EU member states must require employers to set up an objective, reliable and accessible system so that each worker’s daily working hours can be measured. One implication might be that national laws would require employers to keep more detailed records, thus potentially drawing attention to after-hours time spent dealing with emails.