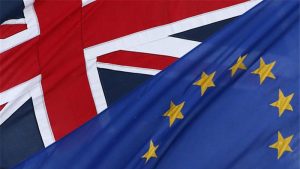 What might a no-deal Brexit mean for UK employment rights? What could employers do now to prepare? And what might the future hold in a no-deal scenario?

Prime Minister Boris Johnson is clear that he would be prepared to leave the European Union without a deal if necessary and the current legislation commits the United Kingdom to leaving the European Union at 11:00pm on 31 October 2019. Thus, it seems like a good time to revisit the employment law implications of a no-deal Brexit.

What can employers do now to prepare for a no-deal scenario?

If a no-deal Brexit approaches, employers may need to take steps to protect data flows from the United Kingdom to the European Union.

There are certain legal requirements that employers should contemplate if they are considering restructuring or relocating after Brexit. The key point is that employers may need to consult on the business case for closure before any decision to close a business is taken. Employees should also be offered the opportunity to move with the business if it is relocating, subject to them meeting any relevant language, immigration or qualification requirements.

Following a no-deal Brexit – what would it mean?

Business travel to EEA and Switzerland

The rules for British citizens travelling to Ireland will not change and they will be allowed to undertake any activity without restriction. After Brexit, British citizens travelling to the other EEA countries or Switzerland will be exempt from visa requirements for up to 90 days in a 180-day period. This is for visits only, including for attending business meetings. However, British citizens will be unable to undertake paid work, so employees must understand the scope of the proposed activities on each trip and obtain any required work permissions if these go beyond the activities allowed for visitors. It will also be important to calculate the time spent in the Schengen area on a rolling basis to ensure that the 90-day maximum stay is not exceeded. British citizens will also need to have a passport which is valid for at least six months from the time that they enter the European Union. Note that some British passports are issued for more than 10 years in total but only the first 10 years of validity can be counted towards this six-month requirement. The government has produced a calculator that people can use to check if they have enough time left on their passport to cover a visit.

If the British government proceeds with its original plan to bring in new primary legislation to end the free movement of EEA and Swiss nationals to the United Kingdom, there is likely to be a short period after a no-deal Brexit in which free movement will still apply. However, recent press reports suggest that the government may seek to end free movement using secondary legislation. It is likely this will ultimately prove to be unfeasible. However, if the government is successful in using secondary legislation, it could mean that free movement will end on exit day. After this, Irish nationals will continue to undertake business travel to the United Kingdom without restriction due to the common travel area arrangements. The arrangements for EEA or Swiss citizens arriving in the United Kingdom between the date that free movement ends and 31 December 2020 are currently unknown. The government previously announced that they would be able to enter visa-free for up to three months and would be allowed to undertake any activities without restriction; however, this plan has now been scrapped and its replacement is yet to be announced.

In the longer term, there are lots of potential employment implications for which employers should prepare.

Pre-Brexit decisions of the European Court of Justice (ECJ) will remain binding on most UK tribunals and courts, but need not be followed by the Supreme Court. New ECJ decisions will not be binding on any court or tribunal, although they could be considered if relevant. Overall, the UK courts are likely to continue to respect most ECJ rulings, as long as UK and EU legislation remain the same.

Thus, while differences in employment law could open relatively soon, they will be quite small.

Larger gaps will open if the UK government dismantles EU-derived employment laws after Brexit. Theresa May was always emphatic that her government would look to enhance workers’ rights after Brexit, not reduce them. However, other prime ministers may take a different stance.

Boris Johnson is reported to be keen to renounce the Working Time Directive. He gave evidence to a select committee that it has proved too expensive to implement in the United Kingdom and it would be surprising, given the strength of his previous statements, if his government made no changes to EU-derived working time laws. However, it is hard to imagine any modern UK government ending all rights to paid holiday. Instead, the United Kingdom can reasonably expect the scrapping of EU rules on working time limits and record-keeping requirements, but the retention of some rights to paid holiday (possibly paid at the rate of basic pay only). Similarly, some rights provided by the Agency Workers Directive could be abolished (eg, the right to pay parity after 12 weeks), but limited agency worker rights are likely to remain.

In the longer term, if a Conservative government remains in power, the country might also expect to see collective redundancy consultation being abolished or made less onerous and the restrictions on changing terms after a Transfer of Undertakings (Protection of Employment) (TUPE) being lifted (although TUPE is unlikely to be scrapped). Previous governments have explored whether discrimination awards could be capped (eg, at one or two years’ pay) but this was problematic under EU law. Capping discrimination awards is unlikely in the short term, not least because of the #metoo movement, but it could come back on the table later.

Ultimately, the United Kingdom faces the same challenges as any other modern economy: how to regulate the increasing volume of platform and contingent working and respond to the impact of demographic and technological change on the workplace. The United Kingdom’s withdrawal from the European Union will mean that the United Kingdom will need to find its own regulatory solutions to these challenges.

UK law prohibits workplace discrimination on grounds of nationality and national origin. In the (hopefully unlikely) event of any EU citizen experiencing abuse or harassment in the workplace, employers must be ready to respond under their anti-harassment policies. Employers may want to check that they already cover nationality as well as race.

Interestingly, UK equality legislation goes further than the EU minimum requirements in explicitly preventing nationality discrimination in the workplace. This is one of a number of instances where UK law actually provides more rights than the EU minimum and illustrates that, although the United Kingdom may dismantle some EU-derived employment rights following a no-deal Brexit, there are still likely to be areas of employment law where it goes further than the European Union.

This article was first published by the International Law Office, a premium online legal update service for major companies and law firms worldwide