Government review will examine whether pension age should continue to be linked to life expectancy. 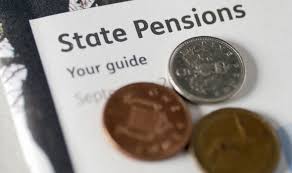 Speculation is rife that a new review of retirement age will lead to workers joining the workforce now not receiving their state pension until at least their mid-70s.

The study, which will report to the government next May, will be headed by John Cridland, the former CBI boss. It’s a scheduled assessment due to be carried out every five years to ensure the state pension remains affordable and keeps up with demographic changes.  However, it’s the terms of reference for the review that has got people in a lather.

Both the BBC and the Daily Telegraph, informed by comments from Tom McPhail, head at pensions research at Hargreaves Lansdown, said this “suggests the review will look at whether the retirement age should rise even if life expectancy slows”.   McPhail added: “We fully expect state pension ages to go up faster than currently planned and those joining the workforce today are likely to find themselves waiting until their mid-70s to get a payout from the state system.”

There is also the opportunity, however, for the scrapping of a universal state pension age to allow for more local and sector-specific ages to be set and counter criticism that many blue-collar workers in particular will simply be unable to continuing working into their 70s.

The Telegraph said the review “raises the possibility that manual workers in some areas might be allowed to claim their pension earlier than those who have spent their working lives in offices in other places”.

At the moment, the state pension age is 65 for men and 60 for women, with a single age of 66 coming in for both sexes from 2020. It will rise to 68 between 2026 and 2028 – and this review will look at what to do from then on, when the government had previously stated it would be set according to changes in average life expectancy.

A report published recently by pension provider Royal London suggests the average UK person joining the workforce now could have to work until they are 81 to have the same standard of living as enjoyed by the current retirement generation.