Key Points from the December Survey: 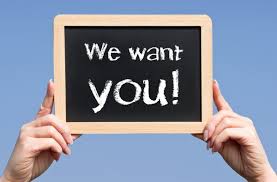 Permanent staff placements have increased at the quickest pace since August. This has resulted in a higher number of people placed in permanent job roles for the seventeenth month running in December.  Key permanent staff skills reported to be in short supply esp paraplanners but also in construction and engineering.

There has been an accelerated and steep drop in permanent candidate numbers. The rate of deterioration is the fastest recorded over the past two years.

The trend of higher starting salaries for permanent jobs has continued into December. Although the pace of inflation softened for the third month in a row, growth remained sharp overall.

Although there has been an easing in the rate of expansion of demand for staff, the rate of growth has remained sharp and above the series average.

Latest statistics reveal that 32.08 million people were in work in the three months to October. Although this was 56,000 fewer than in the prior three months, this showed an increase of 325,000 compared to the same period in 2016.

Commentary: The number of people finding jobs via recruiters is growing, even while the overall employment rate is plateauing. This suggests that more employers are turning to recruiters to help them fill vacancies as candidate availability continues to fall and recruiting good people becomes that much harder. As a response to these candidate shortages are offering increased starting salaries to attract staff but while this has been the case for some time it isn’t translating into significant wage growth across the economy yet.

Early in the New Year, people often think about changing jobs, so employers are going to have to think carefully about how they can both retain existing capabilities and find the new hires they need as competition for people intensifies. Bosses should consider going to wider talent pools and to be inventive about how to improve their employer brand and make themselves an even more attractive place to work.